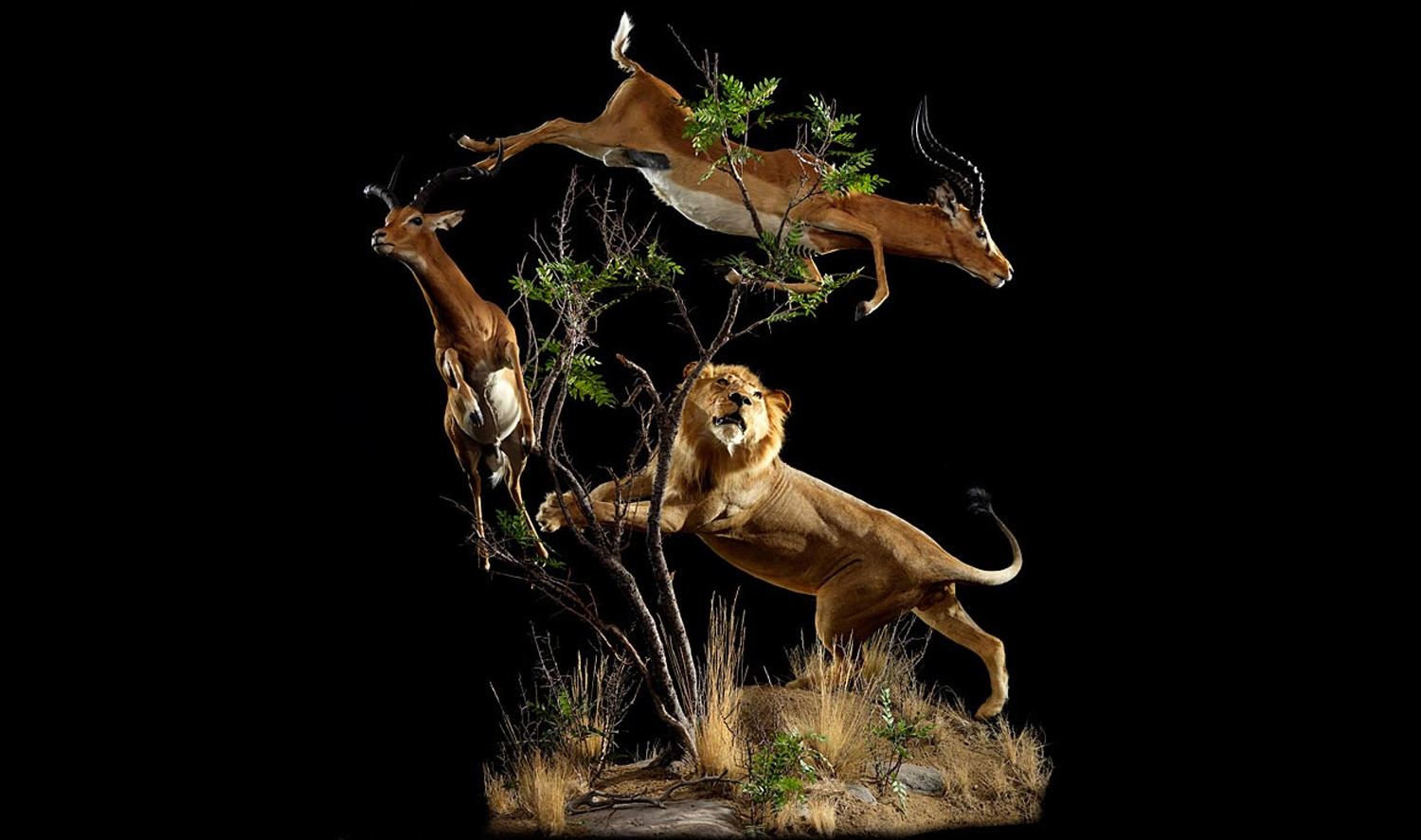 In their new study, researchers from IIT-Madras have discerned the dynamics of prey-predator relationship in a confined space. Through a modeling approach, the scientists have co-related the survival of prey to the strength of the disturbance caused by the imminent predator attack.

Living in communities is not exclusive to humans. Most insects, animals and birds prefer to stay in groups; for example fish swim in shoals, birds fly together in flocks, insects reside in colonies, deer graze in a herd and so on. Although living in groups would mean sharing resources such as food, water etc., the animals still prefer to stay together as it offers them various advantages, the chief among them being escape from predation. In a group, individuals are able to evade attack by predators due to enhanced surveillance by all members. When a predator is near to one of the prey, the prey tries to escape and sends warning signals to others about the presence of the predator. This alerts others in group who undertake requisite actions to maximize their chances of survival. Living together, therefore, can be considered as one of the tactics of animals for better survival which they have learned over the course of evolution.

Predator-prey interaction is governed by a range of factors such as the number of predators and prey, whether interaction takes place in open space or confined space and how prey interact with each other to spread the information about the predator in the vicinity. Although a plethora of studies have been conducted showing how this pair interacts in an open space, there has been limited information on factors that determine the prey survival if the space is limited.

IIT-Madras researchers have carried out computer simulations on a system with several preys and a single predator in a limited space and have checked the influence of coordination and strength of warning signals in enhancing the survival of prey. The global order parameter, which denotes the state of order (synchronized motion) and disorder has been used as a tool by the researchers to study this system.

“The presence of the predator is a disruptive phenomenon introduced to an otherwise stable system. This, however, serves as a positive influence, strengthening the collective behavior of the prey. This positive influence pitted against the adverse effect of confinement has been studied in detail in this work.”

In their study, scientists computerized the process of prey-predator interaction. While the prey can either be dead or alive in this system, the predator is always alive and is on the lookout for hunt. The scientists calculated various forces which act on both prey and predators affecting their movement in the space. The predator which intends to kill and consume prey is under the influence of hunting force only. The prey movement, on the other hand, depends on its free-will (self-propulsion force) and co-ordination force amongst its peers. Additionally, the prey which is exclusively followed by a predator at a given time is also under the effect of escape movement.

Apart from the coordination force, the overall coordination is also dependent on the degree of influence of one prey over the other. Scientists found that with the increase in local prey density, information disseminates quickly and without significant losses, helping the nearby preys to respond to threats in an effective manner.

“The findings of this work has widespread application in different walks of life, starting from clinical treatment against an unknown pathogen, or mapping disease outbreaks, to the design of resilient cybersecurity framework. There is a tremendous amount of scope to develop the model further by integrating biological processes, introducing multiple predator-prey systems, adding neutral organisms, obstacles, etc.,” says Prof. Ranjan Ganguly, Professor at Jadavpur University.