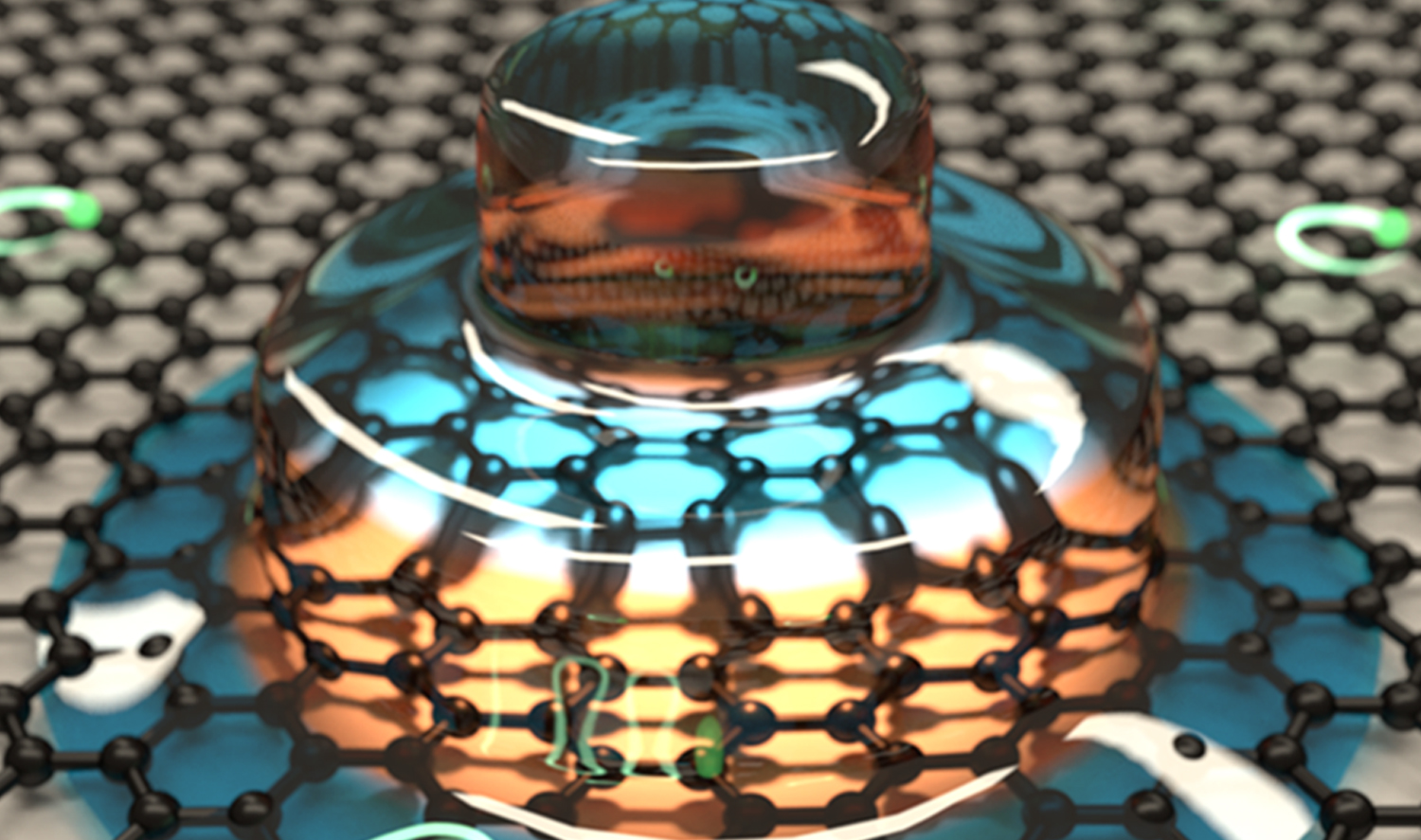 Graphene, a ‘wonder material’ derived from graphite, promises new revolutions in the field of electronics, computers, solar panels, optics, bioremediation etc. These new horizons in various fields are, however, halted by the low and costly production of graphene. A team of scientists from IIT-Madras has now developed a low-cost method for production of graphene nanoplatelets clearing a major roadblock in the application of graphene in various industries.

Graphene is a single-layer carbon allotrope extracted from graphite (a key ingredient in pencil lead). Unlike its parent graphite, graphene is harder than diamond, conducts electricity better than copper, impermeable, highly elastic, flexible, thin, extremely transparent and lightweight, making it versatile for various applications and is therefore popularly referred to as a wonder material. Given the potential of graphene in various fields, the scientist duo who produced graphene by peeling the graphite repeatedly using a scotch tape was awarded the Nobel Prize in Physics in 2010. Although research is underway to make superb devices using graphene, its cost of production currently limits its widespread use.

“While lab-scale fabrication can be done in smaller amounts, manufacturing this material in larger amounts for industrial use has not been easy,” said Dr. Sathyan Subbiah, Associate Professor at IIT-Madras and leader of the research team while describing the problem.

To remove this bottleneck, Wazeem Nishad and Dr. Sathyan Subbiah from IIT Madras were looking for unconventional ways of graphene production. Typically, graphene can be made by bottom-up approaches of production such as catalytic chemical vapor deposition or epitaxial growth over silicon carbide or by a top-down approach, i.e., breaking graphite. The bottom-up approaches produce high-quality graphene which can be used for sophisticated applications in electronics, opto electronics or research but is costly. However, graphene produced by breaking graphite is comparatively cheaper and can be used for making inks, coatings or as a catalyst for speeding up chemical reactions and has various other applications.

The scientists from IIT -Madras retrofitted an existing CNC machine which can mechanically exfoliate graphite flakes for producing graphene. They reasoned that the shearing of graphite or graphite flakes during the machining process could be used for producing few layer graphene. “Graphite actually acts as a good lubricant because of the way the graphene sheets easily slide past each other. We have used this very lubricating action, applied in the machining process, to separate the graphene sheets and get them into stay suspended in solution. Our way of making it generates many small graphene particles which can be separated out and used or the solution with these suspended [graphene sheets] can itself be used for various purposes,” added Dr. Subbiah.

Scientists fabricated a double tubular machine which resembles a traditional flour mill. Graphite is mixed with sodium cholate and dissolved in water. Sodium cholate is used to prevent graphene nanoplatelets from aggregation and agglomeration. The machine has two tubes, outer and inner, with the inner tube of four millimeters thickness. The graphite solution is filled in both sides of the inner tube. The initial cutting of the inner tube with graphite flakes as lubricant is done by the grooving tool. The machine also has a stirrer for stirring at certain intervals so that the flakes do not get settled at the bottom. The scientists used a solution which contained 100 milligrams per liter of graphite in a solution of sodium cholate in water and a cutting speed of 132 millimeters per minute for shearing. The tool oscillates in a to and fro motion to shear the flakes. The researchers found that if the machine – under the same conditions as above – is run for 10 hours, then the graphite flakes of 200-1000 micrometer breaks in size ranging from 3 to 15 nanometers (almost 1 lakh times smaller than the human hair). The resulting few-layered graphene also has low structural order and induced defects.

In future, the research group intends to optimize this process of graphene production to increase the yield and also improve the quality of the graphene. They believe that this solution-suspended graphene method of production will attract some industry interest for further development and deployment.

“I feel that this ground-breaking technique to scale up the production of graphene nano platelets for various applications has immense potential for commercialization. This technique is extremely simple as it does not require any specialized chemicals or environment set-up, hence it will be extremely cost effective,” said Prof. Ramesh Singh from IIT-Bombay, who is not connected to the study.