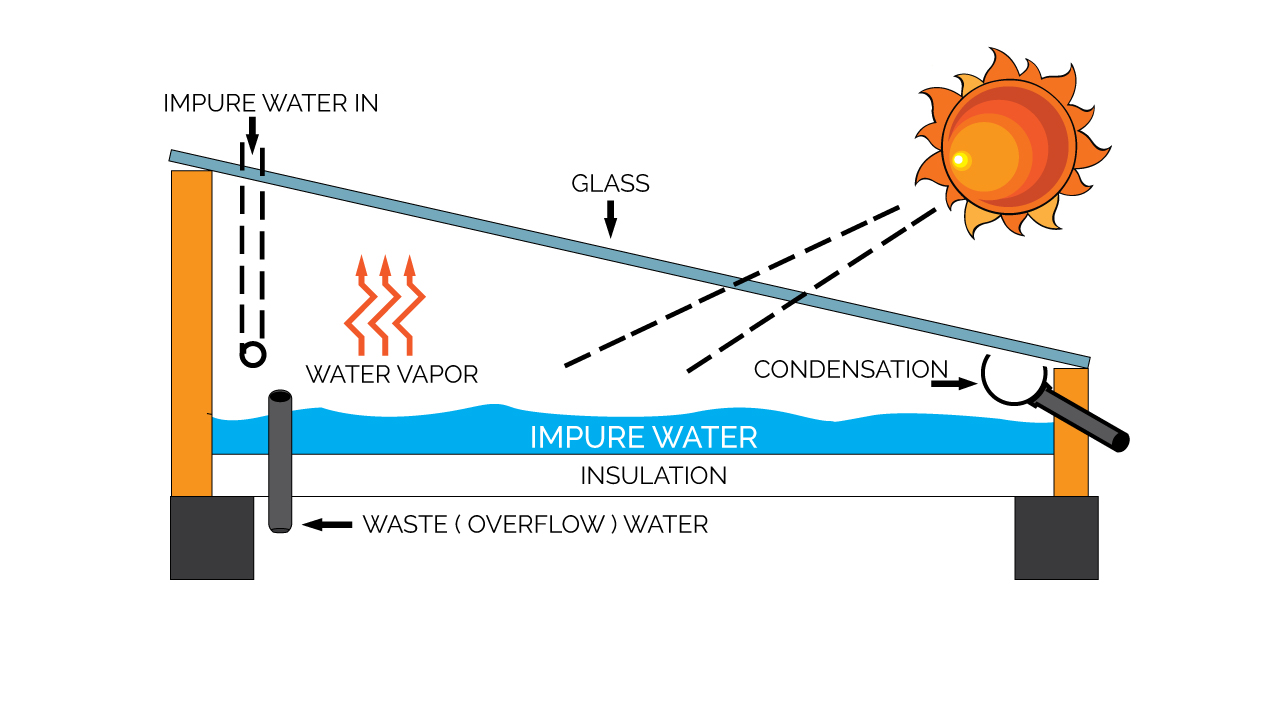 “Water Water everywhere, not a drop to drink” are the words written by Samuel Taylor Coleridge in his book “The Ancient Mariner” describes the condition of the speaker who is stuck on a ship in the sea and is surrounded by salty water everywhere. The case is no different for the people who live along the coastline, and yet ironically experience a shortage of drinking water

Water, the elixir of life, is the foremost need of all living organisms. With 70% of our earth covered with water, it is often difficult for some to digest the fact that we live in the world where water crisis is acute. The issue however is not the quantity of water, but the quality of water which is available for use. The freshwater reserves which are fit for human consumption, agriculture and other purposes constitute only 2.5% and are shrinking further owing to rising demand for water. Clean water and sanitation are the two most important sustainable development goals which are commonly linked with all other goals, and a country can not progress till it manages, conserves and harnesses its water resources well.

Unfortunately, most of the countries of the world are currently battling water woes. The situation is no different in India where half of the country grapples with water scarcity. Unreliable monsoons, excessive groundwater pumping, pollution in water bodies are some of the major reasons for the looming water crisis in the country. As per the reports of NITI Aayog, 21 major Indian cities are going to reach their “Day Zero” -a day when taps dry out- in the year 2020. While conservation and management are on the agenda of the newly formed Ministry of Water Resources in India, the country is looking out for ways to harness most out of its water resources. A team led by Prof. Ligy Philip at IIT Madras is trying to achieve this goal by making solar distillation units and testing their viability to desalinate sea water in coastal regions.

“Access to clean drinking water is a major problem in most of the rural, remote and coastal locations of India. India has a coastline of about 7500 km which accommodates major cities, industries, power plants, ports and a big population. Coastal regions of India are blessed with abundant solar radiation. One of the options available to provide clean drinking water to the Indian population is to desalinate seawater. However, huge capital cost, energy consumption, land occupancy, emissions and other political barriers have made the installation of large capacity desalination plants questionable in coastal India,” says Prof. Ligy Philip and Prof. K.S Reddy, Professor in the Department of Civil Engineering and Mechanical Engineering at the IIT-Madras, while explaining the need to conduct such studies.

Unfortunately, no data is available regarding suitable sites for desalination in these coastal regions. To plug this gap, Prof. Reddy’s and Prof. Ligy Philip’s laboratory has been working to identify regions where the use of solar distillation plants can be beneficial and economical. In their recent research, published in the journal Solar Energy, the team reports identifying 14 coastal sites where solar distillation plant is viable.

For this study, the team assessed the technical, environmental and economic viability of a lab-made solar distillation plant in 20 coastal locations (9 on the West Coast and 11 on the East Coast of India). The viability of solar distillation plants depends on various environmental factors such as the number of clear days, solar radiation intensity, wind velocity, temperature, salinity of water etc. which vary from one location to another. The researchers carried out real time performance assessment of the solar distillation unit at Chennai and came up with detailed thermodynamic model to predict the behavior of the unit in other locations. The performance of the solar distillation unit was measured on the basis of its yield (i.e. the number of liters of distillate produced per day), energy-efficiency and availability efficiency. The environmental benefits of the system were assessed based on its harmful gas emission mitigation potential, life-cycle energy efficiency, energy payback time etc. whereas the economic viability was assessed based on costperliter of distillate, availability and condensate produced per USD invested and net carbon credits earned. Based on the results, the team found that the unit produces highquality drinking water at a low cost of USD 18.2/m3 of distillate and its installation is highly feasible in more than 14 coastal locations of India. The team believes that this information can be used as reference for organizations or industries that intend to set up solar desalting plants in coastal India.

“Since the authors have good experience now, it would be worthwhile to explore options for increasing the yield and keeping capital cost as a one-time low amount. The re-use of the remaining water every hour implies human intervention every hour which may be avoided” says Dr. Purnima Jalihal, Scientist at National Institute of Ocean Technology who is not connected with the study. Based on the results of this study, the team intends to see the real time application of solar distillation units in supplying potable water and concentrating brine for salt pans in coastal regions.

“In coastal locations, salt pans are developed to provide salt for communities. In such regions, most of the workers are exposed to sunlight for long working hours which makes them dehydrate and it is difficult to provide clean water to these people. If the proposed unit is installed near salt pans it can provide drinking water to the workers and also can concentrate the sea water which reduces salt production time that can enhance salt productivity and profit” added Prof. Ligy Philip. he team at IIT Madras included H. Sharon, and D. Krithika, Prof. K.S. Reddy and Prof. Ligy Philip.