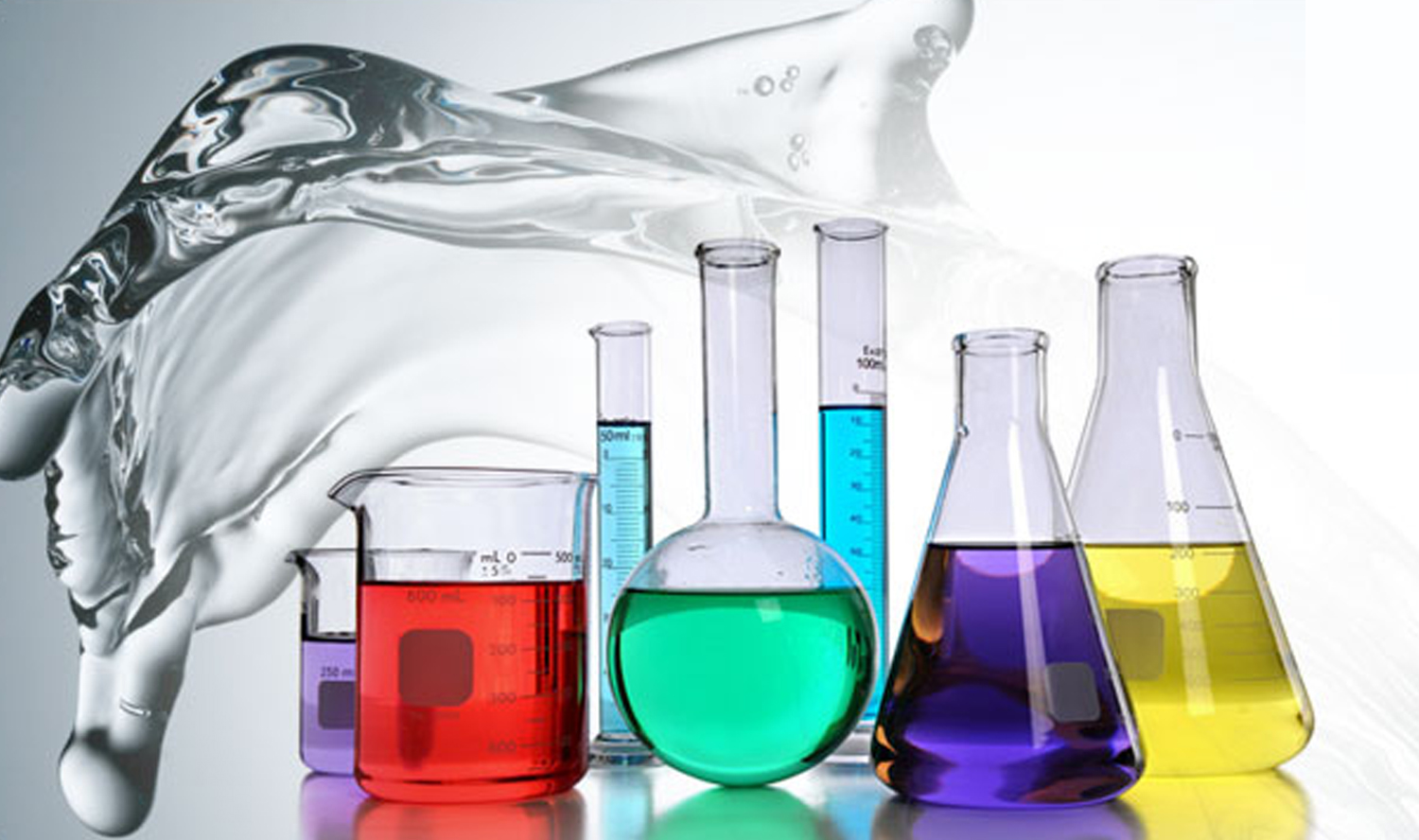 Liquids are everywhere in our everyday life. From the many colourful ones like juice syrups, shampoos, liquid detergents, etc. in our homes to the colourless ones in pharmacies and cosmetics, we use them in multiple ways. Some like milk and alcohol are soluble in water, while many others like vegetable oil, chloroform are not. When we try to mix two such immiscible liquids, separate layers of the individual liquids gets formed. Such a mixture is called a biphasic system. Why is it that some of them mix with each other while others do not?

Chemical polarity of liquids is the reason. Water is a polar liquid and so all polar liquids are soluble in water. Oil on the other side is a nonpolar liquid, and so it doesn’t dissolves into water, or in any other polar solvent.

There are a variety of liquids which consists of water (aqueous) as their major component. Amongst them, there are many which in spite of being water-based, do not mix with each other. A system of two such immiscible solutions is termed as an Aqueous Biphasic System (ABS). Like oil in water mixture, ABS also consists of two distinguished phases formed by the constituting components. ABS first came to an introduction when a solution of jelly-like substance called agar, when mixed with gelatine was found to separate into two phases.

“Can you imagine seeing two different layers when there’s only water?” questioned Prof. Gardas, on the nature of Aqueous Biphasic Systems.

“Usually no, right? But it is possible, when we add unique substances called ‘Ionic Liquids (ILs)’ to salt solutions. We can observe the formation of two distinct layers” he explained. “Such a system is called Ionic Liquid-based Aqueous Biphasic System.”

ILs are a novel class of molten salts possessing a hybrid nature, i.e. they constitute both organic and inorganic characteristics. They are liquid at room temperature and are easily dissolvable in water. IL-based ABS can be easily formed by dissolving ILs and ionic salts in water, at appropriate concentrations.

Due to their biocompatibility, they are very much used in the separation and extraction of proteins, amino acids, nucleic acids, in pharmaceutical and biotechnological industries. As 70-80% proportion of ABS comprises of water, they are eco-friendly and the most preferred systems for separation methods & liquid-liquid extractions. They also help in minimizing energy inputs for many industrial processes, since they are functional at ambient temperature & pressure conditions.

In a recent publication, Dr. Anusha Basaiahgari & Prof. Ramesh L. Gardas from the Department of Chemistry at IIT Madras highlight the recent developments and future prospects of this growing field of Ionic Liquids based Aqueous Biphasic Systems. They showcased how ABS systems can be made even from small concentrations of mineral acids and how these IL-based acidic ABS mixtures prove to offer sustainable techniques for the extraction of specific metal ions.

As both the liquids forming ABS are water-based, it is difficult to form the respective phase mixture with distinct phases, which an ABS comprises. Many components like polymers, inorganic and organic salts, ILs, alcohols, carbohydrates etc. have been used for this purpose. But still, search for a better phase forming component always persisted.

Why are such Acidic ABS more effective?

While retaining the structural advantages of IL-based ABS, chemical structural modifications of these phase forming components have also been in the pursuit.

Zwitterionic moiety based ILs, comprising of both positive and negative charges on same chemical species, have been proposed to modify and improve ABS forming abilities. With high polarity, favourable interactions to polar solutes and lower miscibility with non-polar compounds, Zwitterionic ILs’ applications as suitable solvents in separation and extraction processes are envisaged to increase tremendously in the future.

Based on the number of positively charged groups, ILs can be classified as Monocationic ILs (containing only one cationic (positive charge) group), or Dicationic ILs, comprising two cationic groups linked by a rigid flexible spacer. Due to their tunable nature, excellent thermal properties and higher density and viscosity, Prof. Gardas and his group thought of exploring the applications of Dicationic Ionic Liquids (DILs) in ABS systems for extracting various value added compounds. The Madras researchers synthesized DILs, & MILs for comparison, studied their phase behavior,ability of forming ABS and evaluated the extraction efficiency for a model drug molecule called ‘diclofenac sodium’.

In their observation, DILs were found to show high phase splitting ability than MILs, thereby making DILs good candidates for making quality ABS systems than MILs. Higher hydrophobicity (water-repellent nature) of DILs over MILs makes them suitable for the extraction of the highly hydrophobic drug molecules like the diclofenac sodium.

Article by Mywish Anand
Here is the link to the research article:
https://www.sciencedirect.com/science/article/pii/S2452223620301206