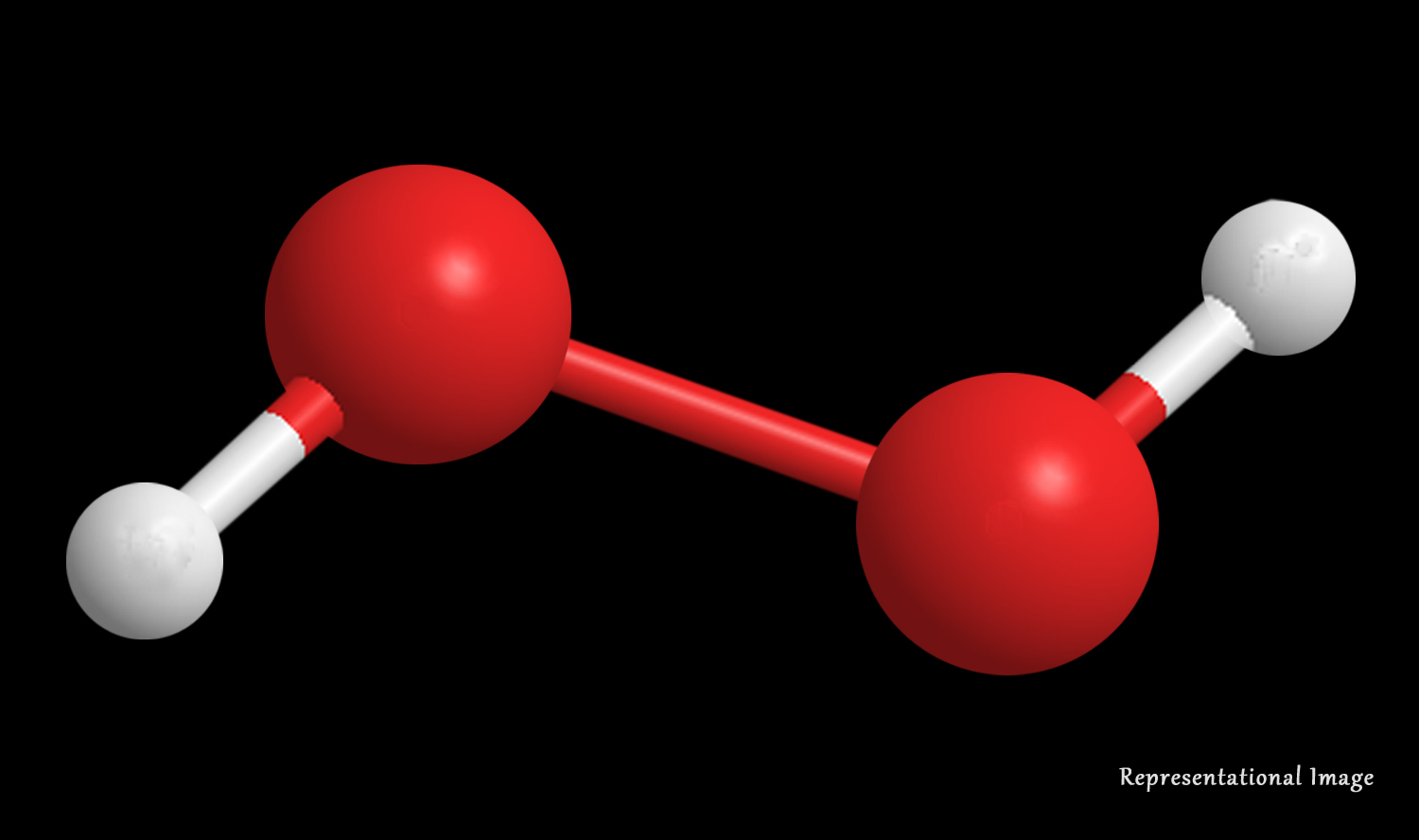 Hydrogen peroxide is an important signaling molecule in the human body. It is a stable molecule which diffuses and transports across the cell membrane. This enables cellular signaling away from the site of production. Hydrogen peroxide further induces cell migration, immunity generation, and cellular communication.

Outside of this, hydrogen peroxide also has relevance in the food and paper industries, environmental analysis, mineral processing, and in fuel cells.

An imbalance in the level of hydrogen peroxide to the antioxidants can have a detrimental effect which leads to damage of nucleic acids and diseases related to oxidative stress such as cancer, Alzheimer’s and Parkinson’s disease, inflammatory disorders, asthma, etc. Thus, if the level of hydrogen peroxide in the blood can be measured, it can be used to detect and understand the diseases in the body.

Unfortunately, the current materials and methods used to measure hydrogen peroxide levels in the body are not reliable. This is because the level of hydrogen peroxide changes between the time of collection and the actual measurement of the sample.

The reported concentration of measured hydrogen peroxide in blood spans several orders of magnitude from micro molar to mid milli-molar. This change in levels is attributed to the following reasons:

1. There is a lack of understanding of how the concentration of hydrogen peroxide dynamically changes between the sample collection and measurement time points.
2. Most of the methods and instruments currently being used are inadequate to accurately measure hydrogen peroxide levels in the blood.

Professor Ashis Kumar Sen and Mr. R. Gaikwad of Indian Institute of Technology Madras, and Dr. P. R. Thangaraj of Apollo Hospitals, Chennai have come up with a novel method for fast and real time measurement of hydrogen peroxide. They have used an integrated microfluidic device for rapid and automated measurement of hydrogen peroxide. The schematic and experimental setup is shown below.

It is known that blood cells and proteins change the amount of hydrogen peroxide in the blood. Thus, in the first module, blood plasma is separated using ultra sonic waves. In the second module, mixing and incubation of the sample is done along with sample dilution to reduce the interference from the proteins. In the third module, optical devices are used to detect the amount of hydrogen peroxide.

The experiment was considered a success, as the proposed microfluidic device separates the plasma from the whole blood using direct and real time blood plasma separation module. Also reducing the time delay in the sample processing and measurement of hydrogen peroxide was done instantaneously after an incubation interval of 15 minutes.

The availability of this microfluidic device at the point of care will significantly help in understanding the role of hydrogen peroxide in health and disease.

Professor Amit Agarwal of IIT Bombay had this to say on the study: “The use of microfluidics based point-of-care devices is expected to revolutionize the way that blood test and testing of other biological samples are done in the future.  Prof. Ashis Sen’s group has been at the forefront of developing the next generation technology required for turning this expectation into reality.  In this work, the group shows a novel way of measurement of H2O2, which can be a useful indicator of metabolism.  They demonstrate a microdevice for accurate and rapid measurement of exogenous H2O2 in blood plasma. The developed device can provide an early indicator of oxidative stress, and significantly help in understanding the role of H2O2 in health and disease.”

Article by Akshay Anantharaman
Here is the original link to the scientific paper:
https://www.nature.com/articles/s41598-021-82623-4?utm_source=other&utm_medium=other&utm_content=null&utm_campaign=JRCN_1_LW01_CN_SCIREP_article_paid_XMOL