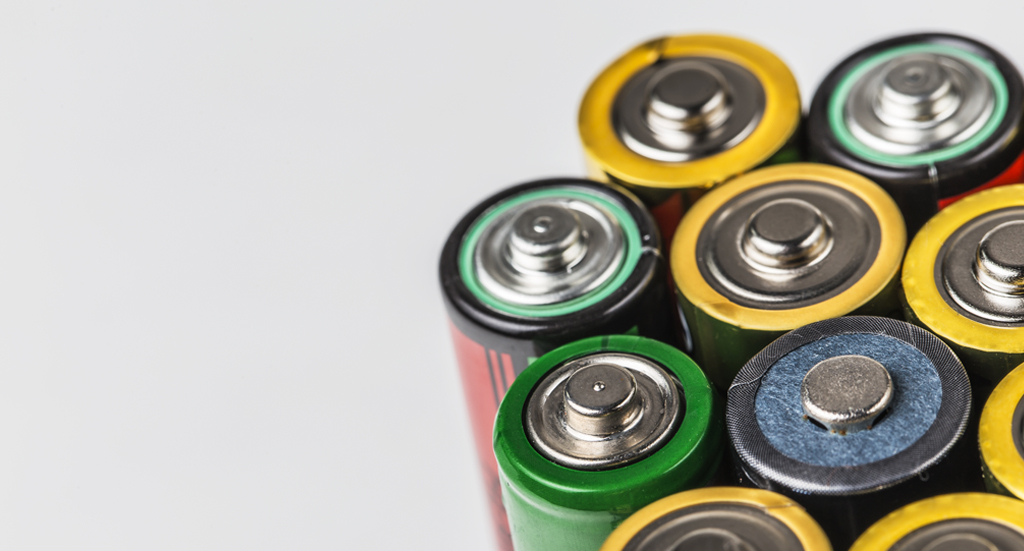 With more and more utility being packed onto smaller devices and for longer periods of activity, improving the energy density of batteries has taken centre stage among the most sought after research topics in the field of energy storage and efficiency. Lithium-ion batteries have been explored extensively for this purpose as they deliver a much higher energy density than other rechargeable batteries in current use. However, the energy density and charge storage capacity of Li-ion batteries are limited due to their insertion mechanism based on cathode and anode materials. This fact, combined with the high costs involved in obtaining the active materials (Lithium Cobalt Oxide), hinders the large-scale application of Li-ion batteries in electric vehicles and grid-scale storage devices. As a next-generation energy storage device, Li-S batteries have now gained interest. This is largely because the conversion type positive electrode, sulphur, is characterized by a high theoretical energy density and specific capacity. Moreover, it is abundantly available and affordable, with an added bonus of being less toxic!

While they certainly have immense potential to improve energy storage, there are many other obstacles that need to be overcome, to enable the commercialization of Li-S batteries. Dr. Ramaprabhu and his team have successfully developed a workaround for these obstacles as elucidated below

Among the various factors that impede commercialization is the insulating nature of sulphur, which leads to slow electrochemical reaction kinetics as well as low active material utilization. Secondly, a reversible conversion reaction takes place between the lithium anode and sulphur cathode, finally forming Li2S. However, this is not an elementary reaction and involves the formation of many intermediate lithium polysulphides (LPS). Some of these polysulphides are soluble in the ether-based electrolyte, diffuse to the anode side, reduce its chain, and shuttle back to the cathode during the cycles of charging and discharging. This effect, called the shuttling effect, causes a high self-discharge rate, short cycle life, active material loss, and low Coulombic efficiency. Moreover, due to a significant difference in density between sulphur and Li2S, a huge volume expansion occurs in the cathode. The electrode thus tends to pulverise upon cycling.

Dr. Ramaprabhu and team have mitigated some of these obstacles by modifying the cathode significantly, with the use of partially exfoliated multi-walled carbon nanotubes (PECNT) as a sulphur host. This largely increases the available surface area and pore volume while also providing active sites for the Li+ ions, electrons, and the diffusion of electrolytes. The partial oxidation and subsequent reduction of multi-walled carbon nanotubes enhance the specific surface area by unravelling some of the outer graphene nanoribbons while keeping the core intact, and conductivity undiminished. While this approach minimises the shuttling of LPS by physical confinement, the interaction between carbon and LPS is weak. Another approach the team has employed is to insert a GCN-GDL (graphitic Carbon Nitride-gas diffusion layer) interlayer between the separator and cathode. Graphitic Carbon Nitride is obtained upon polymerisation of melamine. This immobilises LPS through chemisorption due to the polar nitrogen sites in GCN. This GCN addition has been made to the gas diffusion layer (GDL), which is used in fuel cells as a backing layer for the catalyst.

Tests carried out to see the difference made by the GCN-GDL interlayer have shown a favourable outcome for its inclusion. The capability of the GCN-GDN interlayer towards polysulphides adsorption was tested by adding the interlayer to a blank Li2S6 solution and letting it rest for 12 hours. The solution was observed to turn colourless from yellow. The electrochemical kinetics were evaluated using Dynamic Electrochemical Impedance Spectroscopy (DEIS). Morphology of the electrodes pre and post-cycling have been studied using Scanning Electron Microscopy (SEM). Moreover, a stable electrochemical potential has been optimised. The PECNT/S/GCN-GDL has shown excellent cyclic stability with 92.2% capacity retention after 500 cycles at 1C rate.

The project was funded by DRDO’s Research Centre Imarat (RCI), Hyderabad. The team also worked with CEMES-CNRS, Toulouse, France, for STEM-EELS analysis. A scaled up manufacturing of carbon nanotubes facility has already been taken up by Tata Steel, in Jamshednagar. The process is patented by Dr. Ramaprabhu and utilises a method of enhancing the surface area of the alloy catalysts that are subjected to cycles of hydrogenation and dehydrogenation process.

Dr. Ramaprabhu believes that the future of energy conversion or storage should factor in sustainability. He feels that fossil fuels have been burnt for long enough and that we must actively work towards reducing our carbon footprint. To this end, he consistently encourages his students to take up innovative projects and pursue possibilities that can help the generations to come. He believes that the future of batteries could be in powering electric vehicles. Acknowledging the fact that disposing of toxic chemical components of a battery is a challenge and drawback, he mentions that two of his students are working on Fe2+ ion battery that has all “safe” components. He mentions that in addition, a pouch cell with Al³+ ions is being developed by the team. These projects are very close to his vision of sustainable technological and industrial growth.

“Lithium batteries have revolutionized the battery scenario with their high specific capacity and energy density. However, the safety issues, production issues for high capacity batteries required for automobile industry have kindled interest in alternate chemistries. Li-S batteries have been one such alternative and have been under consideration for a decade. These batteries have a theoretical capacity of 1675 mAh g-1 and are cost-effective compared to Li-ion batteries. There are many challenges to be addressed before these are commercialized. The main issue is the volume expansion that takes place in the cell due to the chemical reactions and the other important issue is the insulating nature of Lithium sulphide. The latter has been addressed by encapsulating sulphur with a host of conducting carbon. The research work being carried out by Prof.Ramaprabhu and his team at IIT Madras are in this direction. They have been working on various forms of carbon nanostructures like carbon nanotubes, graphene, composites, etc. and this is a natural direction in the growth towards applications in sustainable energy. The work published in Carbon, a leading journal with high impact deals with the issue of confinement of lithium polysulphides within cathode by using Carbon nitride nanosheets and partially exfoliated carbon nanotubes. The report is a detailed study of various aspects of cathodic reactions, problems, and solutions. The capacities mentioned in the report may not be near to the theoretical maximum, but in practical terms, these numbers are significant and in the right direction. This publication will pave the way for further improvement in the realization of Li-S batteries and help solve many other issues involved.”