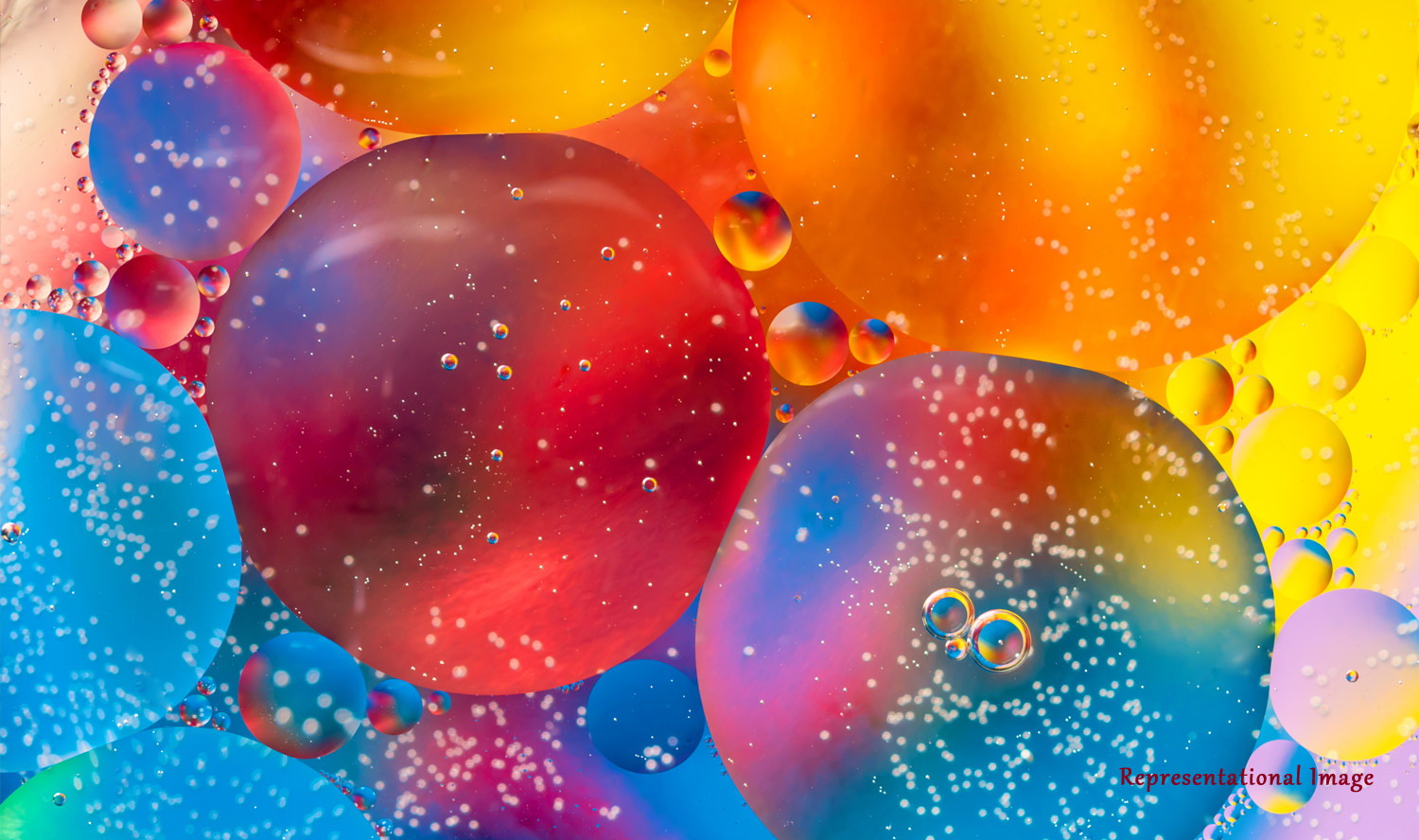 Emulsions have various uses in fields such as drug delivery, catalysis, and in the development of porous materials. Emulsions are liquid-in-liquid dispersions, consisting of two or more immiscible liquids where one of the liquid is dispersed in another in the form of droplets. A substance known as an emulsifier is used to prevent the separation of the constituent liquids. One of the most commonly used emulsifiers are surfactant molecules, which adsorb at the fluid-fluid interface and help in the reduction of interfacial tension thus stabilizing the emulsion.

Solid particles can also be used as emulsifiers. The emulsions thus formed are called Pickering emulsions. The size distribution of drops resulting from the emulsification process is influenced by particle size, concentration of particles, oil to water ratio, and mixing energy. Recent efforts in this field are focused on successful formation of Pickering emulsions.

Although dispersion of highly charged colloids is preferred for stability perspective, such particles fail to stabilize high energy interface materials such as foams and emulsions. The surface charge of the emulsion can be manipulated by the addition of a suitable material. The use of additives with charge opposite to that of the particles has been proposed in this experiment. To this end, oppositely charged clay, silica, polystyrene, and silica-hematite particles are used to obtain solid stabilized emulsions is studied. The formation of weakly charged aggregate compared to charge on the parent particles and their interfacial activity leads to stable emulsions in these systems.

When particles are used to stabilize emulsions, particles arrange on the drop surface in the form of a monolayer. The formation of this physical barrier, which hinders the coalescence of drops combined with the requirement of high energy for the removal of particles from the interface when compared to smaller molecules is crucial for the extended storage stability of Pickering emulsions and their applications in various areas.

The arrested coalescence leading to total stability of emulsions is observed when the surface of the drop is covered with close-packed particle monolayer, typically when the drop surface area occupied by the particles is close to 90%. It is also possible to stabilize the liquid-liquid interface encountered in emulsions by much less surface coverage and yet obtain emulsions with excellent stability. It is possible to have stable Pickering emulsions at surface coverage as low as 5%. A bridging mechanism is put forward as the reason the stability in Pickering emulsions. Therefore, there is no need to coat the surface of the emulsion droplets with more number of particles to obtain highly stable emulsions.

But, there are no reports on the control of the surface coverage of particles on the droplet surface. This aspect is important to know so that we can better understand transport of drug/other molecules across interfaces and in selective catalysis. For this purpose, negatively charged particles (silica) and positively charged poly(ethyleneimine), PEI are used in the emulsion. A control over the size distribution of emulsions and their microstructure is demonstrated. Highly charged colloidal particles are successfully used for the stabilization of emulsions by the incorporation of oppositely charged polyelectrolyte. It is demonstrated that particle-polyelectrolyte complexes and polyelectrolyte in dispersions can be tailored to design highly stable emulsions of controlled microstructure. The possibility of varying the particle coverage on the drop surface from a theoretically possible maximum 90%, to as low as 5% is elucidated.

Dr. Omkar S. Deshmukh of IIT Guwahati gave his views on the study as follows: “The main advantage of solid particles over surfactants is that the energy required for desorption of a solid particle adsorbed on to an interface is typically very high. Thus, their adsorption is practically irreversible. However, for the particle to be adsorbed on to an interface, it first has to overcome a barrier that exists due to a combination of electrostatic interactions and the wettability of the solid particle. Sometimes this energy barrier is so high that Pickering emulsions can only be made by vigorous mechanical shaking, or a by using a spreading solvent to deposit particles at an interface. To overcome this adsorption barrier, charged colloidal particles are often used in conjunction with polymers or surfactants that impart surface activity to these particles.”

Dr. Omkar S. Deshmukh further goes on to laud the efforts of Prof. Basavaraj and Ms. Shumaila Shahid, “Polyelectrolytes, as the name suggests, are polymeric molecules having repeated units of an electrolyte group. In their work, Prof. Basavaraj and Shumaila Shahid have shown that it is possible to achieve long term stability of emulsions using a combination of charged particles and oppositely charged polyelectrolytes. They have considered a system consisting of negatively charged silica particles with varying amounts of positively charged poly(ethyleneimine), PEI. The experiments were carried out at pH 10. At this pH, silica particles owing to their high negative charge are unable to adsorb on to the interface and stabilize the emulsion. The positively charged PEI molecules interact with the negatively charged silica particles (electrostatic hetero-aggregation) to form silica-PEI complexes which have reduced overall surface charge and increased interfacial activity. These are shown to provide excellent stability in case of decane in water emulsions. The authors have shown that depending on the concentration of PEI, the emulsions can either be stabilized by the particle-PEI complexes at low or moderate PEI concentrations to emulsions stabilized purely by PEI at high PEI concentrations.”

He explains the importance of this study as follows: “The fact that the microstructure of the interface can be tailored without compromising on the stability of emulsions is extremely important especially in applications where transport across the interface is involved. This also gives us a handle on the interfacial rheology which is crucial in food or pharmaceutical applications. The stability of these interfacial layers arises due to a combination of steric and electrostatic interactions. Accurate knowledge of these interactions and the conditions at which they occur also provides us the control over the stability of these emulsions on demand simply by tuning the conditions such as pH or temperature.”

Article by Akshay Anantharaman
Here is the original link to the scientific paper:
https://www.sciencedirect.com/science/article/abs/pii/S0021979721004550